Instagrammers Are Killing This Field Of Poppies (HBO) 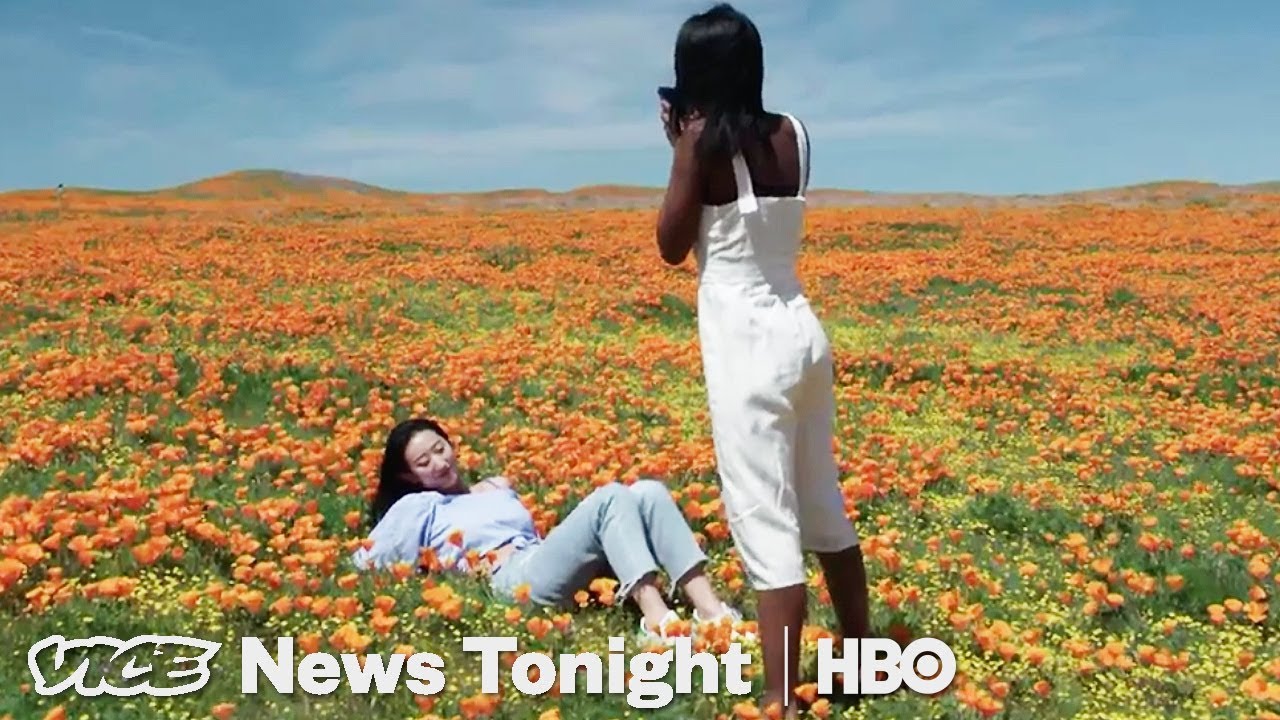 Great video on the problems Antelope Valley faced this year. Does anyone have a contact at Antelope Valley that we could get in contact with? I think they would be really excited to hear about this movement.

Wow! That’s painful to watch. I knew it was bad out there, and this was probably from just one day.

I think deep down people know what is acceptable, and what’s not acceptable. They may not care, but they know. Not everyone has been taught to respect nature the way we’d like it to be. No shocker, really. That being said, I do think if you can start getting the Nature First message out there—often and with enough voices—people will start to get it.

Woah. I think the most disturbing part of that video is all the people at the end who stated how careful they were and worried about people smashing the flowers WHILE IT SHOWS THEM DOING EXACTLY THAT. Unbelievable lack of self reflection.

The amount of people on Instagram posting “No poppies were harmed”, while clearly laying on them is beyond frustrating.

I mean, wow, this was frustrating to watch.

I have to reflect each time I see anyone out there at AVCPR or the Lake Elsinore barrage of masses tramping over the growth or even pulling it out by the roots.

My reflection is dating back to a posted image here years ago by NPN member Rudy Ruperti. His image is a Mojave Green coiled for striking at the base of a poppy plant at AVCPR. At the time Rudy mentions as he is taking the photo there were several children running freely in among the poppy growth in the background…

As a follow up to that story was the two folks and one dog bitten by rattlers just this year down at the Lake Elsinore growth. For the uneducated and unknowing nature can have a nasty way of protecting it’s environment. So, it is not only an environmental issue out there in nature it can be a safety one as well…