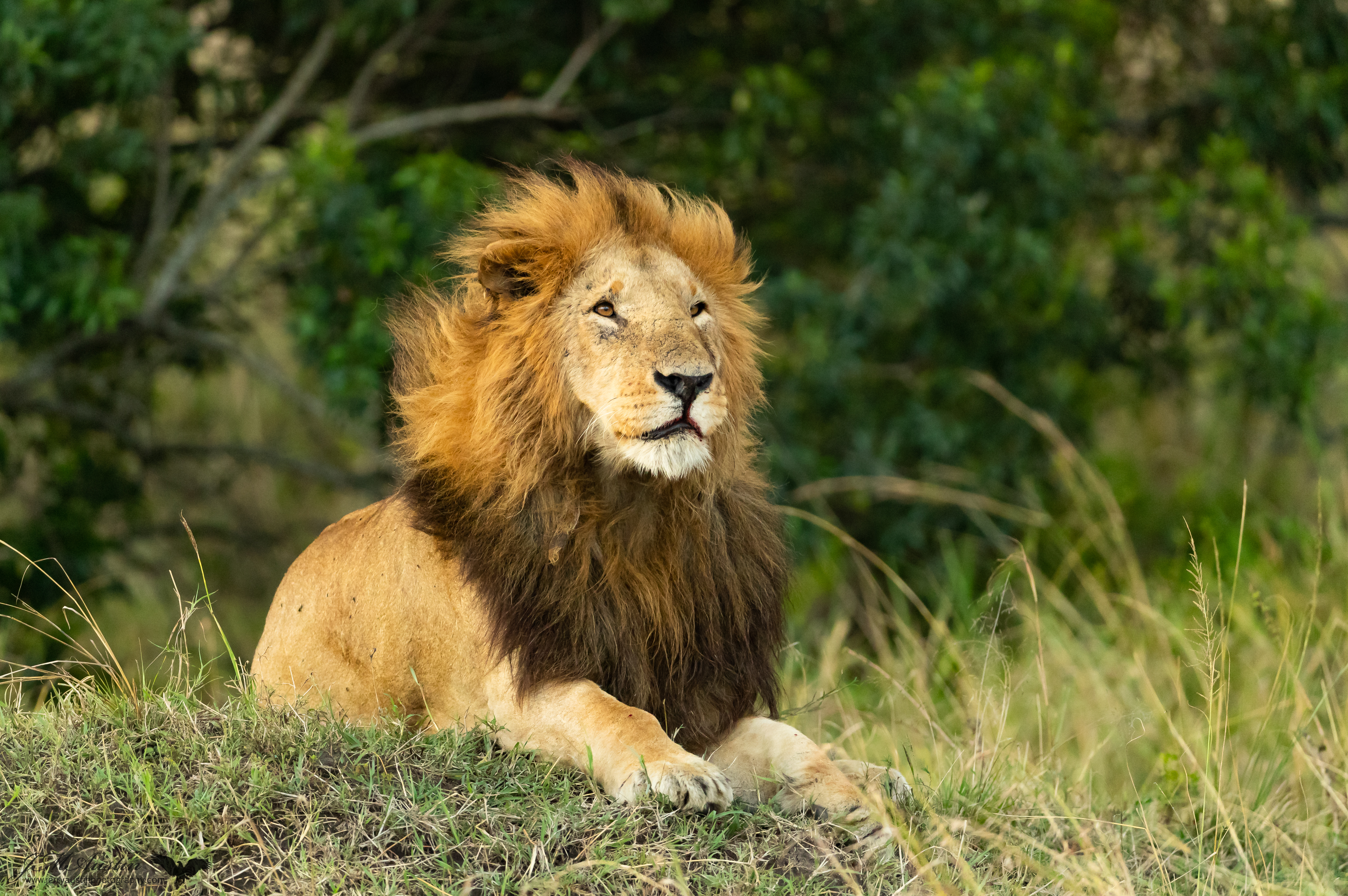 ###This was taken in the Masai Mara during the wildebeest migration last August. This was one of two males, probably brothers, that were part of the pride near our camp on the Mara River. We were able to get extremely close to him, but he paid absolutely no attention to us. Eventually, he got up and moved off to join his brother. We continued to watch as a rain shower moved in. Got some great shots of the two in the rain. It was wonderful, but the two lions didn’t care for the rain at all.

Wow Jerry, it looks like you had him to just pose for you. The way he is looking off and upward, just reminds me how portrait photographers have their subjects to look off and away from the camera. The darker, slightly out of focus background makes him stand out. I even like how that one limb curves to the shape of his head somewhat. Great shot.

Shirley’s comments are exactly how I feel about this photo. What a pose and you captured it wonderfully. I wonder if he had just eaten causing him to allow you to get so close. I notice there are what appear to be drops of blood on legs and some red around the mouth. Are we going to see a shot in the rain? Hope so.

Jerry, that’s a great pose and well composed, he looks rather regal. I like how the mane is swept back in the breeze.

Tremendous. The posture makes it look like he has sprung from the earth itself.
TY

What a regal pose, looks like a big lion is posing like a cub !
Love the wind swept mane too