If you click the image it will open on my SmugMug page. Internet is lousy today. 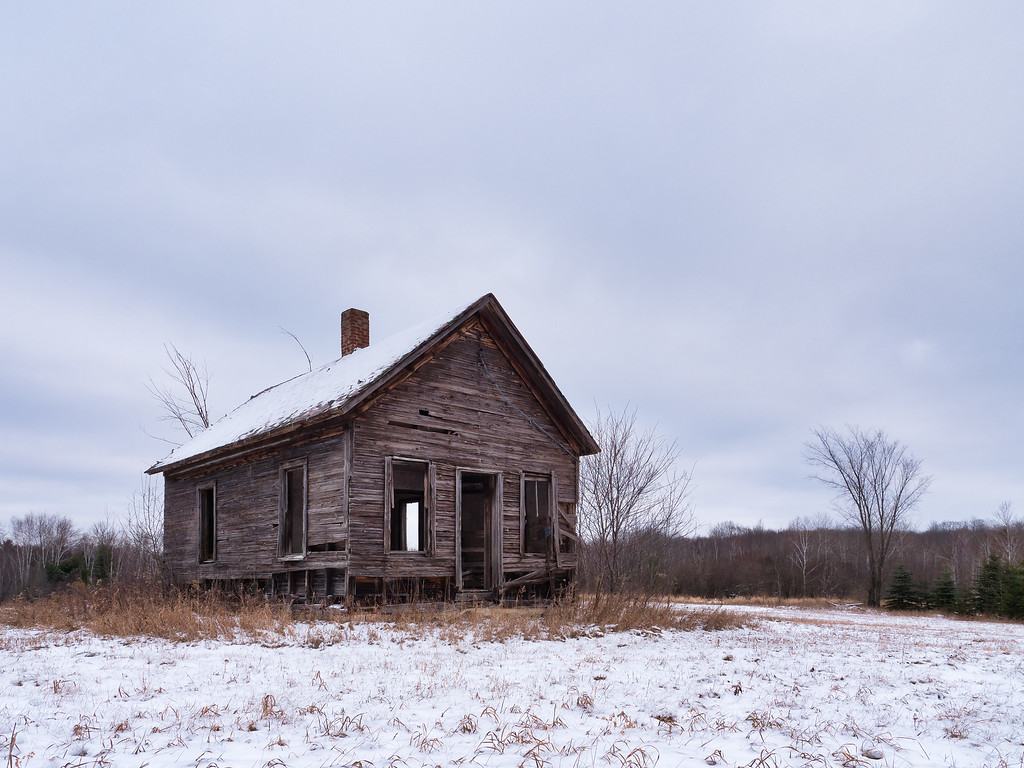 This old house is right on a road that is probably much busier now than it was when the house was built. There is a barn foundation in the right by the trees. While I was taking pictures, a car stopped and I walked over to it. An elderly man was inside sitting on a crocheted cushion, another was on the empty passenger seat. I told him I’m very interested in abandoned buildings and taking pictures of them before they disappear. He explained he owned the house and that they tried to keep up with it, but it was too much and his family ended up gutting it and letting it go. A tornado got the barn so that was already flattened. The land has gone fallow as well, but looks to be a good place for native plants to spread. He said I could take as many pictures as I liked and we parted. You just never know what might happen when photographing these old buildings.

A forlorn old place on a dreary winter day. A fine mood capture. Have you posted this before? It looks somehow familiar.

Thanks, @Harley_Goldman - I don’t think I’ve posted this one. I do a lot of abandonment photography though and some buildings look the same.

Nice image, Kristen. I love the snow highlighting the texture in the foreground and roof.

I bet this would look great in B&W too. Some might recommend cropping some of the sky out, but I think it gives a better sense of open space as it is. Very cool.